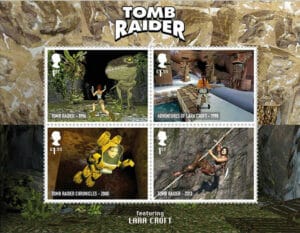 In the article Holidays and Philately: Chinese New Year, we’ve already covered some interesting and fun facts related to the Year of the Rat. We also presented a bunch of stamps issued worldwide to celebrate this event. Still, today we’ll peek at few more stamps from Guernsey. Although we now know we’ll remember 2020 for different reasons, at the time these stamps were issued Corona wasn’t on the horizon.

Chinese New Year: The Year of the Rat

The Chinese Zodiac has a specific animal for each year in the 12-year cycle. So, 2020 was reserved for the rat. This tradition could be traced back to even 4000 years in history. Guernsey Post “played” with the design and we got these 6 beautiful stamps. Allow me to quote Stanley Gibbons here:

“The beautifully ornate design on each stamp has been created to represent Feng Shui rat ornaments. These are part of the common Chinese practice of displaying Feng Shui animal

ornaments in homes and businesses to attract good fortune.”

The next set of stamps if of a completely different topic and the Royal Mail is responsible for this one. This series had been issued to honor Britain’s contribution to the video games industry. Although we take it for granted today, (PC) computer games gained most of their popularity in the 1980s and the rest is history. I won’t lie – I played some, seen some, and heard of some of them for the first time now 🙂 So, let’s see what we have here.

First two stamps are related to Elite and Worms. Elite in 1984 game created by David Braben. It’s a 3D space shooting game with the ability to make improvements on the ship you start with. Pretty impressive for 1984.

I hope, for you, that you haven’t missed Worms. The magic started in 1995 when Andy Davidson created the original game. Later Team17 took over. Until today, we have more than 20 Worms-related games, either new versions, either spin-off games. The last title of this series, Worms Rumble, got released on July 15, 2020.

Can you imagine the UK without football!? Sensible Software took care of that and we got Sensible Soccer in 1992. It was pretty innovative for its time, bringing a lot of new options to the gameplay.

One more, well-known classic, is Lemmings. In 1991, Mike Dailly and David Jones, create this pretty innovative game where you took care of a bunch of lemmings with the goal to bring them to safety. Lemmings went into the pop culture as well and can be found today used to describe the group heading in the direction (in the right or wrong way).

"Failing conventionally is the route to go; as a group, lemmings may have a rotten image, but no individual lemming has ever received bad press." - Warren Buffett

Liverpool gave the world a few great things. Maybe Wipeout is not the one most of us would remember when we talk about Liverpool, but that’s the fact. It introduced the well-known concept of racing with weapons so you can affect other racers and took it to the next level. And all of that in 1995. It was not only graphic but original soundtrack performed by artists like the Chemical Brothers, Orbital and Leftfield.

The next one is from 1991. As you could conclude from its title, you would take control of miniature cars and drive them on different unusual tracks, covered with unpleasant surprises.

Maybe the most impressive fact related to Dizzy (1987) is that it was programmed by 12-year-old Oliver Twins (Andrew and Philip). If I should guess, I would go that they got their names from the princes. But, let’s go back to Dizzy. It’s an adventure game where you take your character through the mystical world and collect items to defeat a super-villain – Zaks. Not impressive by today’s standards, but at the time, they were trendsetters.

Another trendsetter from this era was Populous. It’s the first-ever game from the god perspective. You take care of your empire and develop it using different approaches and at the same time do what you can to prevent other players from developing. Looks like an older brother of Age of Empires.

In 1996, Derby-based Core Design, designed and created Tomb Rider featuring archeologist Lara Croft in a 3D world full of surprises and dangers. You could hardly miss it, but if you managed it, you missed almost 20 games and spin-offs and 2018 movie.

Richard Croft: [to Lara] "Close the tomb once and for all. The fate of humanity is now in your hands."

Exploring the Moon and Space

The last set of stamps, we’ll mention today is devoted to space exploration. The Isle of Man post continued its’ 2019 series “One Small Step”, covering missions Apollo I to Apollo XII.