At Philatelicly, we’re attentive to the desires of the collectors. Our portfolio includes renowned Award-Wining brands in the collecting world, each serving the collectors in different ways. Each brand of our catalog is unique with a strong reputation for quality, reliability and innovation but all have in common to ensure you to display, preserve and showcase your collection the best way possible. Ultimately, Philatelicly portfolio strategy includes brands that are related to hobbies and leisure activities. Because we are different, diversity is an important value. Contact us for more information or inquiries.

Davo is established in The Netherlands in 1945, as publishers of pre-printed one-country albums. Over the years, DAVO expanded the production of albums to almost every West-European country and became in the 70’s one of the most popular brand for the philately world. Today, DAVO has developped a portfolio of albums, of high quality and excellent finish, for more than 70 countries and territories. DAVO has also completed its assortment of products for the collector:  Stamp albums, Mounts, Blank leaves, Stockcards, First Day Cover albums, Kosmos system, Coin collecting supplies and Davo accessories, Various albums, Stockbooks, Tweezers, Magnifiers, etc.

Thanks to a century of know-how, experience and constant revision, with more than 600 medals awards, the MICHEL catalogs are incomparable in terms of lay-out, comprehensiveness, accuracy and production. Systematic market observation and the precise collection of price data ensure collectors reliable quotes. MICHEL catalogues contain all key information such as prices and pictures on stamps, coins & postal stationary.

On 1994, Kevin Wentworth Preston revived the tradition of Victorian puzzle making by using state of the art technology to create an affordable yet premium quality wooden jigsaw puzzle. Since then, Wentworth Puzzles continued to appeal to an ever growing number of jigsaw lovers and discerning gift buyers around the world. 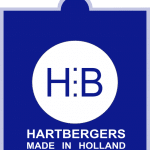 HARTBERGER (since 1968), is a brand of the Dutch company DE MAN – WERKENDAM, founded in 1942 based in Dordrecht which produces and export of storage systems for coins, banknotes and all possible collectibles. Hartbeger products like their self adhesive coin holders are manufactured in Holland.

In 1947 August Lindner began to develop products for collectors and over the following years what began as a small company with only a few products and coworkers has developed into a mid-sized global business with a considerable product range and variety: The hingeless (falzlos) system, the T-products and last but not least, the LINDNER coin boxes, are all inventions “Made by Lindner” which have found their place in the world of collecting. In 2006, just about 60 years after the company’s founding, the family’s 4th generation took over the management of the LINDNER business.