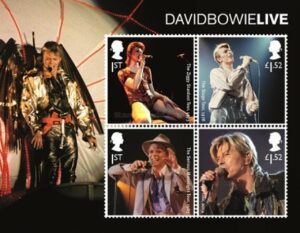 “I re-invented my image so many times that I'm in denial that I was originally an overweight Korean woman.”

David Robert Jones, better known as David Bowie was born in Brixton, London, UK on the 8th of January 1947. He lived for 69 years and 2 days of pretty intense life and he did more than most of us will ever do in our lives. In this article, we will try and cover some lesser-known facts because we believe everyone knows of this very special man and his very special music.

David Bowie was without a doubt a very interesting looking person, mostly due to his flamboyant fashion style, but maybe one of Bowie's most special, or eye-catching features were exactly his eyes – David Bowie had two different colored eyes.

1. Interesting story behind his most iconic feature

Although rare, it is possible to have two completely different colored eyes. What’s interesting is that David Bowie actually had a different eye condition, called anisocoria, which means that his pupils were actually different sizes.

One of his pupils was permanently dilated after his school friend George Underwood punched him in the eye. The fight was over a girl. Underwood and Bowie remained good friends with Underwood doing artwork for some of Bowie's earlier albums.

But this fight wasn’t the last hit his eyes took! Bowie was also hit in the eye by a lollipop while on stage in Oslo, Norway in 2004.

2. Where did Bowie come from?

David’s first-ever release was in 1964 under the name of Davie Jones with The King-Bees, some say likely to relate to Davy Jones’ Locker or the bottom of the sea.

However, there was another singer who was already in the public eye who had a similar name happening – Davy Jones of The Monkees. As a result, it looked as though Bowie would need a new name.

But what is interesting is that before he got to David Bowie, he didn’t want to lose the Jones bit of his name. So, he recording under the name Tom Jones. However, the young Tom Woodward was also using Tom Jones as his stage name and hit the big time as a singer with “It’s Not Unusual”.

Eventually, as a third option, he came up with David Bowie, after the 19th-century American pioneer James Bowie and the knife he had popularized.

At the age of 17, young Davy Jones founded The Society for the Prevention of Cruelty to Long-haired Men. Jones protested about the treatment that he and other post-Beatles, long-haired men received on the streets of England, and “complained” to the BBC interviewer (yes, it got that big!): "I think we're all fairly tolerant but for the last two years, we've had comments like 'Darling!' and 'Can I carry your handbag?' thrown at us, and I think it just has to stop now."

At the time, young Davy performed with a band called Mannish Boys who were due to appear on a BBC Show, Gadzooks! It's All Happening. The show's producer Barry Langford asked for the band to cut their hair before the show. Handed this golden publicity opportunity on a plate, the band organized a protest with pro-long-hair placards outside the BBC and created the society.

“I wouldn't have my hair cut for the prime minister, let alone the BBC!”

Bowie and his band were allowed to retain their long hair on the condition that if an audience member complained, the band's fee would go to charity. No complaints were received.

But BBC did Bowie quite a few big favors-to-be, and to name one – in July of 1969 Bowie released the single “Space Oddity.” Nine days after, the BBC ran the song over its coverage of Apollo 11’s lunar landing. It would end up being his first big hit in the UK.

Bowie is believed to have sold in the region of 140 million albums over his career, and Rolling Stone ranked him as the 39th of the 100 greatest artists of all time, and 23rd of the best singers of all time.

But not many people know prior (and during!) his worldwide success he was in 10 bands, including The Hype, briefly formed in the 70s, where everyone in the band dressed up as superheroes. They were booed off everywhere they played.

Bowie also sang in a completely self-invented language on the track Subterraneans, formed his own mime troupe Feathers, as well as an experimental art ensemble. He starred in many movies including very bizarre roles, like when he voiced the character of Lord Royal Highness in the US cartoon SpongeBob SquarePants in 2007.

In 1996 he broke new ground with the internet-only release of his single Telling Lies. It would have taken more than 11 minutes to download over a dial-up internet connection. A year later, he launched his own internet service provider, Bowienet.

Bowie also drew, painted, sculpted, and wrote in his spare time. What is fascinating when reading these lines is the fact that he got one O-Level - in art.

“Tomorrow belongs to those who can hear it coming.”

5. And never fail to stay true to yourself

Bowie was never afraid to try, pioneer, fail or succeed and above all stay true to himself. He was the one who made it cool to be unique and weird.

“I don't know where I'm going from here, but I promise it won't be boring.”

Unfortunately, being this unique often comes with a darker side. Bowie had many alter egos over the years, Ziggy Stardust was the most famous of them until he abruptly announced that he would be retiring Ziggy during a concert in 1973.

He later admitted that Ziggy “wouldn't leave me alone for years. That was when it all started to go sour ... My whole personality was affected. It became very dangerous. I really did have doubts about my sanity."

…and now, for the stamps!

Obviously, with a star as huge as Bowie, there will be A LOT of commemorative stamps. But maybe the most comprehensive edition is the Royal Mail’s 10 limited edition commemorative stamps issued on 14th March 2017. The motif on 6 of them are covers of his albums while the remaining 4 commemorate his 4 tours.