The history of Michel stamp catalogs started more than a century ago in Germany since the stamp dealer Hugo MICHEL from Apolda in Germany published the first MICHEL stamp catalogue in 1910. Hugo Michel came to Apolda at the age of six. His father, Heinrich Michel, worked in the Apolda brewery. Apolda is a town in central Thuringia, the capital of the Weimarer Land district. At the age of nine, Hugo Michel collected his first stamps. Hugo Michel attended the Volksschule, later the W. & L. Zimmermann real school, and began a commercial apprenticeship at the Wollwarenfabrik Louis Roh (father of Franz Roh) in 1886. He travelled to France, England, Spain and Portugal in the early beginning of 1900.

In England, he received initial stimulus from the later well-known philatelist Paul Kohl for the purchase of stamps, In the famous stamp house Stanley Gibbons. Encouraged by small successes, he founded his own company in 1892.

Hugo Michel became world famous for his reputation as a philatelist, especially through the publication of Michel catalogs. Even the catalog, published to the turn of the century, had for that time a high-quality standard. Michel had been involved since 1898 in fixing prices for the ‘Senf’ catalog”. His working experience for the ‘senf’ helped him to develop his own Michel catalog.  The first edition of the Michel catalog started out as a price list of 112 pages compiling the stamp issues of European nations and their post offices abroad. By 1920 it was split into two volumes, for the stamp issues of “Europe” and “overseas”. In 1924, the publishing rights of the catalog were sold to Schawenberger Verlag who developed the brand over the years.

Thanks to a century of know-how, experience and constant revision, the MICHEL catalogs are incomparable in terms of lay-out, comprehensiveness, accuracy and production. Systematic market observation and the precise collection of price data ensure collectors reliable quotes. MICHEL catalogues contain all key information such as prices and pictures on stamps, coins & postal stationary.

A crown on Michel’s company history are the awards, medals, diplomas and honorary prizes. Michel has been awarded with over 600 medals (inclusive 31 gold medals). The expertise of the Schwaneberger publishing house’s staff is outstandingly represented in the MICHEL catalogs. 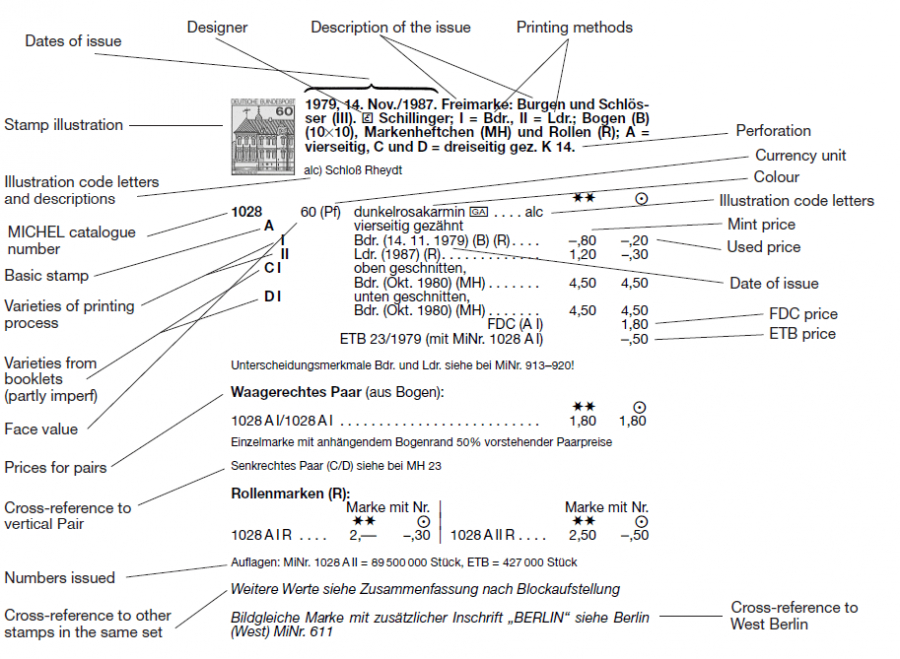 Every new edition of a MICHEL catalog is completely updated, revised and expanded. Each new edition gives an update of the latest market situation.

The varied and colourful range of 85 different Michel products includes standard and special-edition catalogues for Germany, Europe and overseas. Michel publishes philatelic literature, the Michel Rundschau monthly magazine, MICHEL-Exklusiv album, the MICHEL Colour Guide and the MICHEL-Lux examination lamp. MICHEL has also an outstanding reputation in electronic publishing. Thanks to a variety of software programs, websites and the MICHEL online catalog and the MICHEL online library. MICHEL catalogues have been known for years as the “philatelists’ bible”. A must have for every collector.

Recently Michel catalog number 669,000th was issued.  Each year around 18,000 new stamps appear which are then catalogued and published in the MICHEL-Rundschau, as well as in the relevant MICHEL catalogue and online catalogue. The editorial team of MICHEL’s spends in average 45 minutes on research for each new set of stamps. MICHEL goes the extra mile on its customers’ behalf.

More info about our Michel catalogs?

Would you like to know more about our collection Michel catalogs? Do you have additional questions? Please don’t hesistate and feel free to contact us. 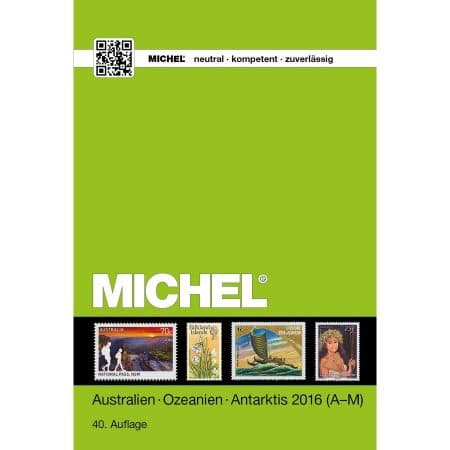 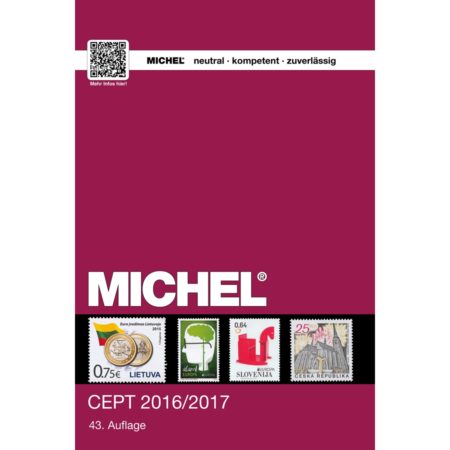 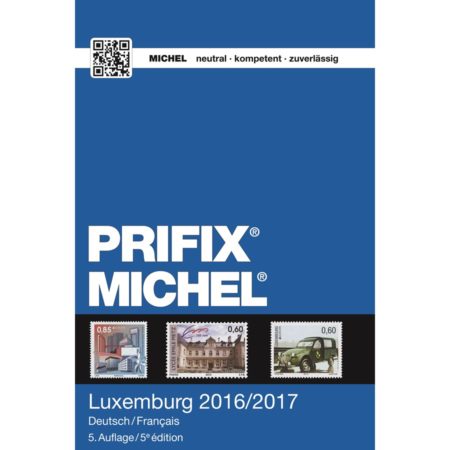 MICHEL-Prifix Catalog Luxemburg 2017
€28.79
Prifix and Michel catalog publishers propose jointly the 5th edition of the catalog for the Grand Duchy of Luxembourg. This handy catalog compiles approx. 1'500 stamps and 6'000 price quotations and is available in two languages: German and French.