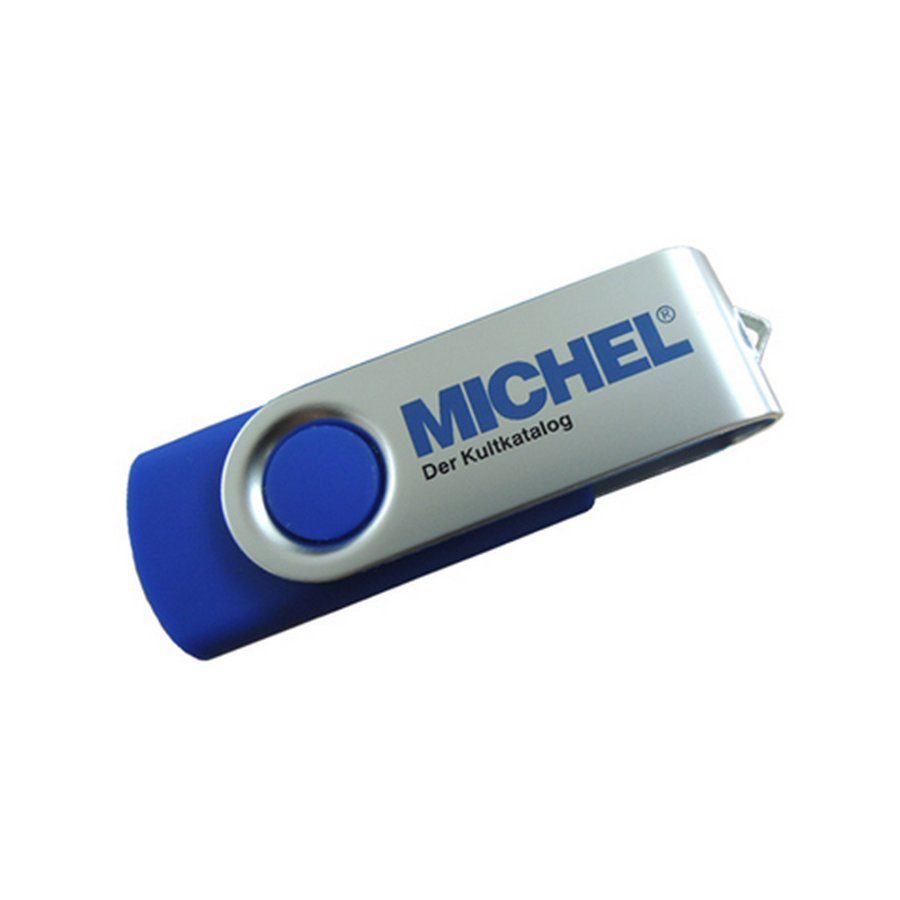 Order each area of the catalog if you prefer the digital edition of the 2016/2017 edition of Michel Catalog Südamerika 2016/2017 (ÜK 3) covers the philately of the nations of South America as dependencies or independent states. It is a complement to the overseas territories catalogs of other countries like The Netherlands, Great Britain, France, Spain,…. Each area is delivered in a High quality USB Key of 4Gb as a Secured PDF document based on the 40th edition of the catalog which contains approx. 2’000 pages, 17’000 colored pictures, 67’000 price quotations. Each document is delivered with a personal license key and protected with a digital watermark

You can order individually or as you desire the chapters/sections of your interest of the catalog to consult them on any electronic device supporting the PDF document format. The list of catalogs below is available for order:

At the turn of the century other stamp catalogues had already appeared, but the remarkable success of the MICHEL catalog was attributed to its sophisticated and comprehensive cataloguing system. The stamps were numbered successively from the first number for each country, yet at the same time organised according to various sub-categories and genres, and described as fully as possible. This system was refined over the years and adapted where necessary – but never had to be changed! In fact, the MICHEL numbering system has become standard in Germany. This is underscored by the numerous licence contracts that the Schwaneberger Verlag has concluded with other publishers. All stock lists of German dealers are organised according to the MICHEL numbering system. Collectors exchange, buy and sell using MICHEL numbers.