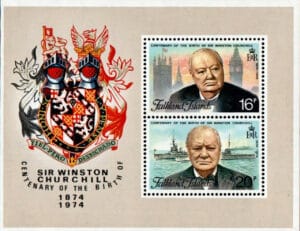 When I think of Winston Churchill, I think of him with a pipe or half-smoked cigar. I know that’s not the most important thing about him, but that’s simply the first picture that comes to my mind. In this article we won’t stay on this, but also cover some of the most important facts related to Winston and his quotes.

PRIOR THE WORLD WAR II

Winston Churchill was born in a Blenheim Palace, in Oxfordshire, on November 30th, 1874. His parents were wealthy aristocrats. His father was Lord Randolph Churchill. He was a politician who held many high offices in the British government. That fact had a great impact on the direction in which Winston’s life went.

Military service in these days was more like the honor and family tradition, not only in Great Britain, but elsewhere in the Europe. Winston wasn’t the exception. He attended the Royal Military College and joined the British cavalry upon graduation.

The 100th Anniversary of the Birth of Sir Winston Churchill

During his service, he’s been around the world and worked as a newspaper correspondent. During the Second Boer War, he was captured but managed to escape and became an instant hero. His rise to power started in 1900 when he was elected to Parliament. During upcoming 30 years he had many ups and downs, but held a number of different positions.

The situation in Europe before the start of World War II was extremely tense. After World War I, Germany was in an inferior position, when compared to other great powers and wanted to change that. That, combined with economic crisis opened the way for Hitler to grab power. All European powers knew that the war is inevitable, but they wanted to avoid going into war, or at least to go into it first. That resulted in Franco first winning the Spanish Civil War. For Germany and Italy, this war was a test of their technological and military capabilities, but also the test how would other power react. They haven’t reacted as expected. The same was used or shall be used later with annexations of the Territory of the Saar Basin (1935), Austria (1938), and large parts of the Czechoslovak Republic (1938). These annexations were peaceful and even agreed with the Western Powers. Churchill’s predecessor, Neville Chamberlain, wanted to avoid war at all costs, so he signed “Peace in our Time”(1938). We now know that this document hasn’t prevented World War II. The Soviet Union signed the Molotov–Ribbentrop Pact in 1939. With these documents signed, there was no coalition against Germany and the stage was set.

Churchill succeeded Chamberlain as the Prime Minister of the United Kingdom on May 10, 1940, and lead the UK during these harsh years. It’s simply pointless to try to list all his achievements, so I’ll let his 4 quotes do that.

"You were given the choice between war and dishonor. You chose dishonor, and you will have war." - Winston Churchill

"An appeaser is one who feeds a crocodile, hoping it will eat him last." - Winston Churchill

"I have nothing to offer but blood, toil, tears, and sweat." - Winston Churchill

"Hitler is a monster of wickedness, insatiable in his lust for blood and plunder. Not content with having all Europe under his heel, or else terrorized into various forms of abject submission, he must now carry his work of butchery and desolation among the vast multitudes of Russia and of Asia. The terrible military machine, which we and the rest of the civilized world so foolishly, so supinely, so insensately allowed the Nazi gangsters to build up year by year from almost nothing, cannot stand idle lest it rust or fall to pieces. It must be in continual motion, grinding up human lives and trampling down the homes and the rights of hundreds of millions of men. Moreover, it must be fed, not only with flesh but with oil." - Winston Churchill

"Victory at all costs, victory in spite of all terror, victory however long and hard the road may be; for without victory, there is no survival." - Winston Churchill

"The great defense against the air menace is to attack the enemy's aircraft as near as possible to their point of departure." - Winston Churchill

One more, putting someone’s personal life, in just a few lines is very important, so I’ll go only with a few fun facts and quotes here.

Winston didn’t’ do well in school and also had trouble to get into the Royal Military College. He wasn’t near the top of his class, but managed to finish this education.

In 1908 he married Clementine Hozier and they had 4 daughters and 1 son.

The Nobel Prize in Literature 1953 was awarded to Sir Winston Leonard Spencer Churchill "for his mastery of historical and biographical description as well as for brilliant oratory in defending exalted human values."

Also, he was named an honorary citizen of the United States.

"I am fond of pigs. Dogs look up to us. Cats look down on us. Pigs treat us as equals." - Winston Churchill

"My rule of life prescribed as an absolutely sacred rite smoking cigars and also the drinking of alcohol before, after and if need be during all meals and in the intervals between them." - Winston Churchill

Churchill’s views on socialism was somewhere between disrespect and hate. Once more I’ll let him speak in his name.

"All the great things are simple, and many can be expressed in a single word: freedom, justice, honor, duty, mercy, hope." - Winston Churchill

"A politician needs the ability to foretell what is going to happen tomorrow, next week, next month, and next year. And to have the ability afterwards to explain why it didn't happen." - Winston Churchill

"It has been said that democracy is the worst form of government except all the others that have been tried." - Winston Churchill

"From Stettin in the Baltic to Trieste in the Adriatic, an iron curtain has descended across the Continent." - Winston Churchill

"Socialism is a philosophy of failure, the creed of ignorance, and the gospel of envy, its inherent virtue is the equal sharing of misery." - Winston Churchill

"Stalin never broke his word to me. We agreed on the Balkans. I said he could have Rumania and Bulgaria; he said we could have Greece (of course, only in our sphere, you know). He signed a slip of paper. And he never broke his word. We saved Greece that way. When we went in in 1944 Stalin didn’t interfere. You Americans didn’t help, you know." - Winston Churchill