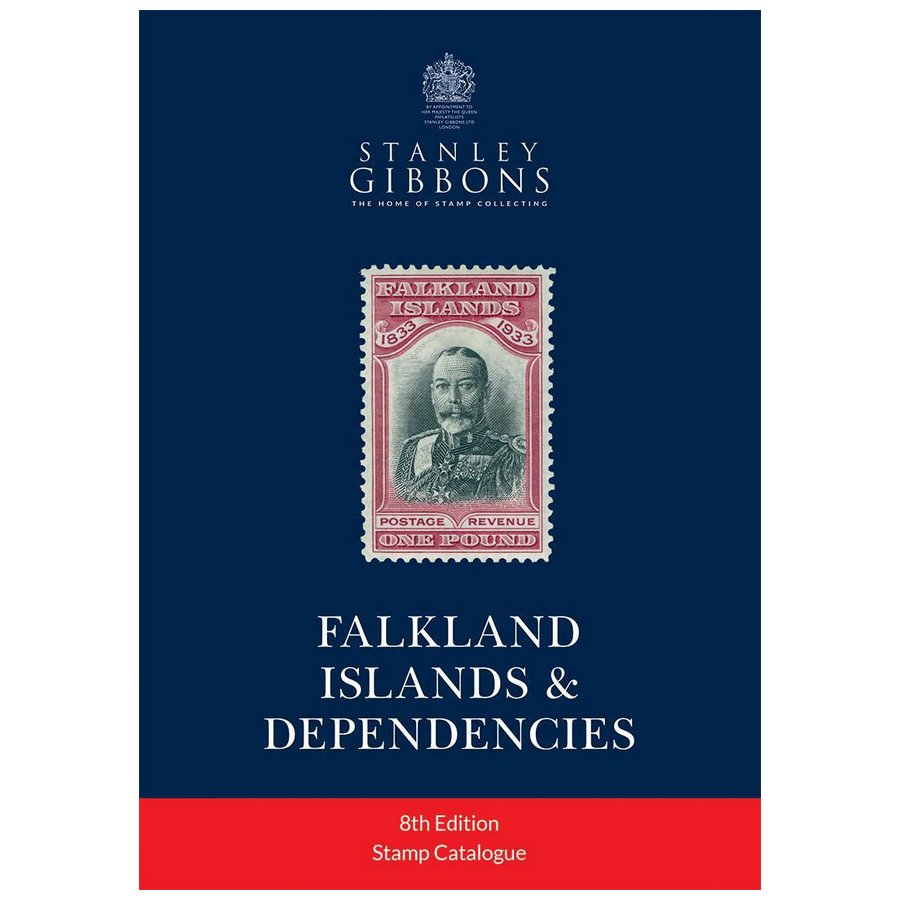 This catalogue lists and prices the stamps of the Falkland Islands, Falkland Islands Dependencies, South Georgia, British Antarctic Territory and South Georgia and South Sandwich Islands. Details of issues up to 1970 have been extracted from the Stanley Gibbons 2020 Commonwealth and British Empire Stamp Catalogue. Later issues have been updated and re-priced for this edition.

Stanley Gibbons catalogs provide a straightforward, easy-to-use work of reference, with every stamp design illustrated in colour and clear, uncomplicated listings ideally suited to the newer collector, while at the same time providing a handy checklist for the most advanced philatelist – small wonder that million copies have been sold of the catalogs published by Stanley Gibbons to collectors around the world.

Details of issues up to 1970 have been extracted from the Stanley Gibbons 2020 Commonwealth and British Empire Stamp Catalogue.

Later issues have been updated and re-priced for this edition.

Apart from the stamps of the current issuing countries, the Stanley Gibbons Falkland Islands Catalogue covers a number of other areas of interest:

IMPORTANT Also new for this edition:

Hugh Jefferies has been a stamp collector for over 60 years, concentrating on the stamps of Great Britain and the Commonwealth. He was the editor of Gibbons Stamp Monthly for over 25 years and has been Stanley Gibbons catalogue editor since 2003.