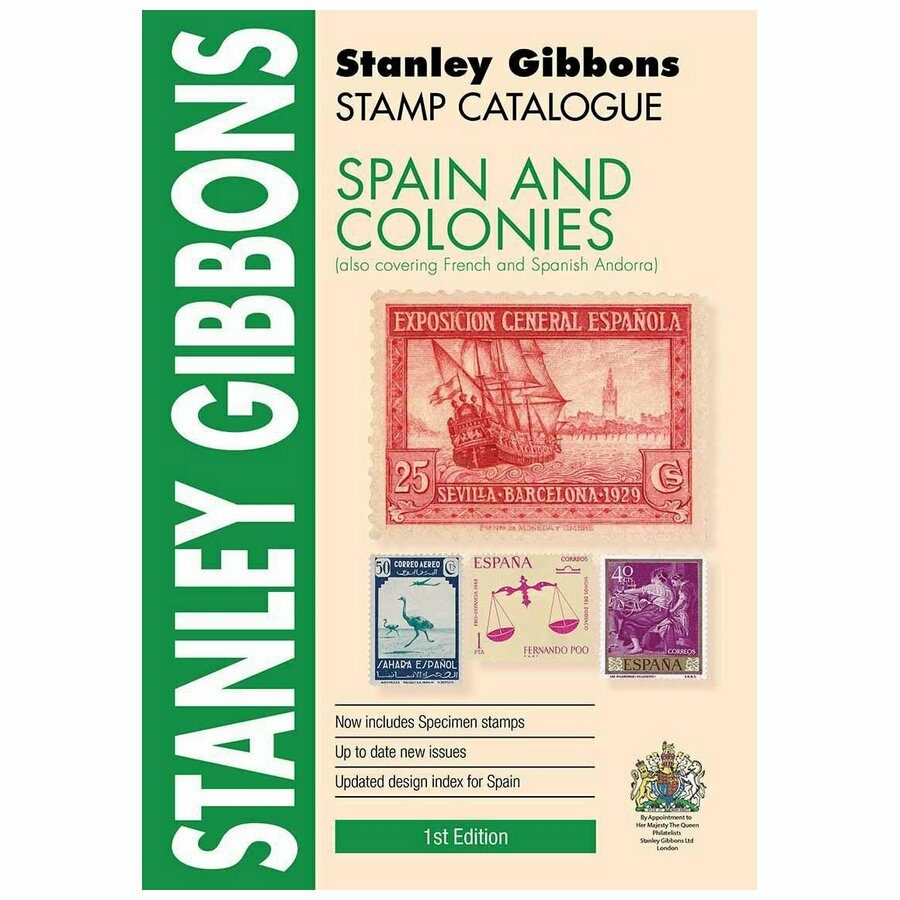 The Stanley Gibbons Spain & Colonies Catalogue is the only catalogue published in English which covers all the stamp issues of Spain in a single volume. It is a detailed and highly informative catalogue, ideal for any collector who specialises in the stamps of this area.

The Stanley Gibbons Spain & Colonies Stamp Catalogue is the only catalogue published in English which covers all the stamp issues of Spain in a single volume. It is a detailed and highly informative catalogue, ideal for any collector who specialises in the stamps of this area.

Information is provided at the beginning of each country, covering history, early stamp issues and currency changes, this information is designed to aid the collector in identifying their stamps and also to provide an historical reference for the stamp listings.

Apart from the stamps of the current issuing countries, the Stanley Gibbons Spain & Colonies Stamp Catalogue covers a number of other areas of interest: