The Red Cross on Stamps: A Tale of Henry Dunant and Clara Barton 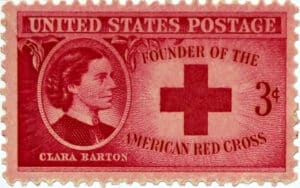 We’ve all heard of the Red Cross, because it has been around since we all were born, and much more. Today we’ll take a quick look at the history of the Red Cross Movement and also show some important Red Cross-related stamps.

Red Cross in the 19th Century

We’re all aware that war is brutal and that soldiers and civilians are the ones who mostly pay the toll, and fight for higher causes somebody else draw on the map, far behind the front. The situation is the same today, as it was before. But, with one big exception. Until the 19th century there was no Red Cross, so the care about wounded and captured was even much worse. 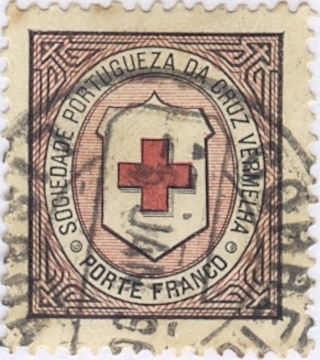 Two maybe most important individuals in the history of the Red Cross are Henry Dunant and Clara Barton.

Henry Dunant and the Battle of Solferino

Henry Dunant (8 May 1828, Geneva, Switzerland - 30 October 1910, Heiden, Switzerland) is the founder of the Red Cross Movement. His father was a well-known businessman, and both his father and his mother were involved in charity work helping orphans, sick, and poor. Both of these had a significant impact on Henry, because he was in a position where he shouldn’t worry much about the money, and he has also seen what a poverty looks like.

The event that triggered him was the Battle of Solferino (and San Martino), on 24 June 1859, where French Army (under Napoleon III) and Piedmont-Sardinian Army (under Victor Emmanuel II) fought against the Austrian Army (under Emperor Franz Joseph I) during the Second Italian War of Independence. It was a large battle with a total 270.000 to 300.000 soldiers involved on both sides. 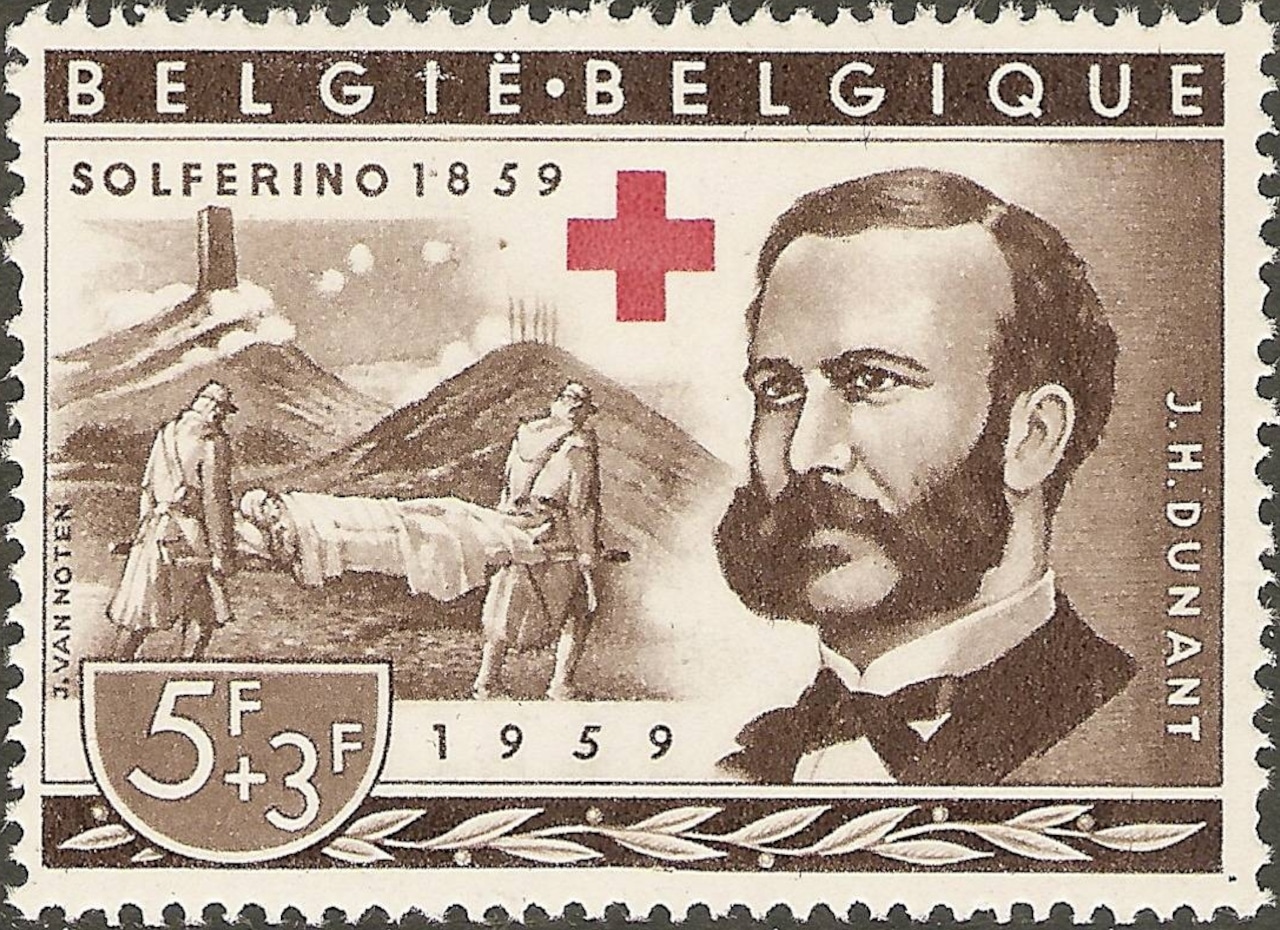 Henry Dunant & The Battle of Solferino

The result of the battle was Franco-Sardinian victory and some 40.000 dead, dying and wounded who remained on the battlefield. Henry Dunant happened to be at Solferino at that exact evening and he could see it personally. Needless to say, that he stayed shocked that nobody cared about dead and wounded. He took things in his hands and organized the local civilian population, mostly woman, and negotiated the release of Austrian doctors from French captivity. 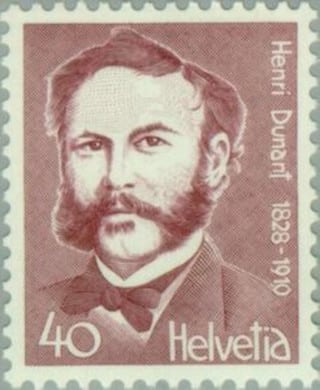 With his own money he purchased material and supplies needed and makeshift hospitals were erected. Under the slogan "Tutti fratelli" ("All are brothers"), coined by a local woman, he managed to convince the local volunteers to help the soldiers no matter their nationality.

International Committee of the Red Cross and the First Geneva Convention

After the Battle of Solferino, Dunant wrote a book "Un Souvenir de Solferino" ("A Memory of Solferino"). In the book he wrote about his experiences, but also proposed a concept of a neutral organization which would take care of wounded soldiers. He funded printing of 1600 copies and distributed them to political and military leaders around the Europe. One of these important leaders was Gustave Moynier, the President of the Geneva Society for Public Welfare. At the 9 February 1863 meeting of the organization, ideas proposed in his book were discussed. There were some disagreements at the start, but finally, on 17 February 1863, Henry Dunant, Gustave Moynier, Henri Dufour, Louis Appia, Théodore Maunoir (five founders of the International Committee) agreed to pursue the possibility how to implement the presented ideas. This date is considered as the founding date of the International Committee of the Red Cross. 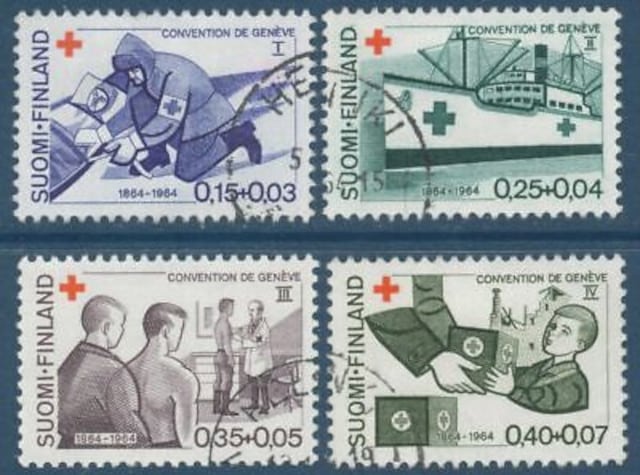 Another important event that happened soon, was the signing of the First Geneva Convention for the Amelioration of the Condition of the Wounded in Armies in the Field on 22 August 1864.  Both these events led to raise awareness and changing the view of how to treat wounded and captured soldiers (and civilians too), and lay the foundations for all the future work.

In 1901, Henry Dunant won the first-ever Nobel Peace Prize for his role in founding the International Red Cross Movement and initiating the Geneva Convention.

Clara Barton, "Angel of the Battlefield"

She was sent to school together with her brother Steven at age of 3. When she was 10, she nursed her brother and helped him recovered completely. At the age of 17 she achieved her first teacher's certificate. She helped organize first free schools which provided education to those who otherwise wouldn’t be able to afford it. She was also the first woman to receive a substantial clerkship in the federal government, in the U.S. Patent Office, and at a salary equal to a man's salary. 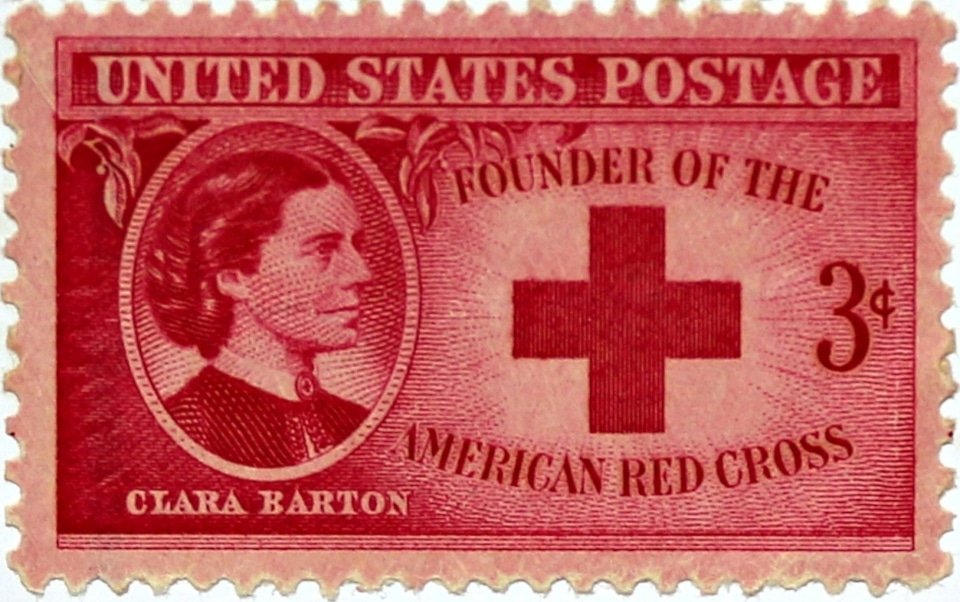 The trigger for her later work was the American Civil War and the Baltimore Riot. Similarly, to Europe, wounded soldiers were mostly left with supplies had at backpacks and without proper nursing care. She personally took care of both – collected supplies, provided physical and psychological care, and also organized others to help the wounded. Throughout the war she was engaged in helping at many battles and her work earned her titles like “Florence Nightingale of America” and “Angel of the Battlefield”.

After the Civil War she was engaged in replying unanswered to letters sent to servicemen on the front who mostly were missing. She also helped locating more than 22,000 missing men, identifying and burying tens of thousands Union and Confederate soldiers.

Later she travelled to Europe where she was introduced to the Red Cross and "A Memory of Solferino". After being involved in humanitarian work during the Franco-Prussian War, she returned to the United States with the idea to establish The American Red Cross. She finally achieved that on May 21, 1881 when she became the first president of the movement, and remained in that position until 1904 (she was 83 at that time).

It took some time for national Red Cross societies to merge into a larger organization, but that finally happened after WWI. 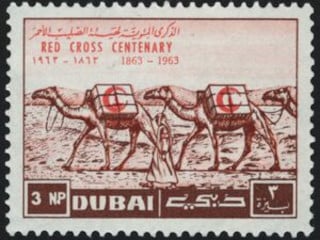 "The IFRC was founded in 1919 in Paris in the aftermath of World War I. Originally called the League of Red Cross Societies, we were the brainchild of Henry Davison, the president of the American Red Cross War Committee.

Davison convened the League’s founding members—the Red Cross Societies of France, Great Britain, Italy, Japan and the United States—at an international medical conference. Together, they believed the compassion and expertise shown by Red Cross volunteers during wartime could be shown in peacetime too.

The League’s first objective was simple: improve the health of people in countries that had suffered greatly during the war. It also sought to improve existing Red Cross Societies and promote the creation of new ones around the world.

Within months of its creation, the League had launched a campaign to counter a massive typhus epidemic in Eastern Europe. Shortly after, it launched appeals in the wake of the Russian famine of 1921 and the Great Kanto earthquake in Japan in 1923.

In 1983, it became the League of Red Cross and Red Crescent Societies, and finally—in 1991—the IFRC as we are today." - https://www.ifrc.org/our-history-and-archives

You can’t imagine the history of the Red Cross without Henry Dunant and Clara Barton. These two extraordinary individuals deserve books for what they’ve achieved in their lives. Still, we’re limited to articles, so I hope you’ve enjoyed this one. And the stamps too.